Work of the giants

I am working my way through a curious monologue: Groups acting on Graphs (by Dicks & Dunwoody). Dunwoody is one of the giants of Group Theory and low dimensional topology. His style of writing is reminiscent of Serre (another stalwart in this field). Dunwoody's algebra is clean, notations and definitions are exhaustive and examples are abundant.

Dunwoody reminds me of classical texts in Euclidean geometry where one would painstakingly make ner way through axioms, definitions, and theorems in a sequential manner. This trend of writing mathematics was rekindled by Bourbaki in the last century. 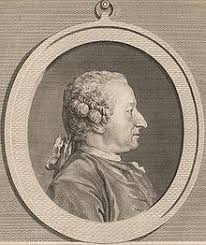 There is another trend of 'writing' mathematics. This can be loosely described as the 'populist' method. Its roots can be traced back to French mathematician Alexis Claude Clairaut. His book on geometry (Elements de Geometrie, 1741) was a clear departure from medieval geometry texts. The rule of the day was to mention all axioms, definitions, and theorems in a deductive continuity.

Clairaut did not care about this 'rigor'. He would quickly enter realms of 'reality' after loosely describing the initial ideas. For example, he would quickly move to the descriptions of Canal engineering, from the definition of parallel lines.

Some historiographers of mathematics are of the opinion that this departure from rigor actually led to the discovery of non-euclidean geometry. If this is true, then it would earmark one of the most astounding connections between reality and abstraction.

This style of writing was later adopted by other giants of mathematics. Two of the absolute masterpieces of this genre are:

Both of these works quickly move from 'initial ideas' to 'applications' and 'examples'. However, these applications and examples are more mathematical in nature (compared to canal engineering). Both authors are not worried about 'taking care of all initial ideas' before they embark upon the exciting mathematical expedition. They freely use 'rigorously unexplained' words and concepts.

This is in stark contrast to what Dunwoody does in his work.

Some authors have taken a 'middle path'. Recently Dr. Chakraborty's Real Analysis (in Bengali) is an example to the point. It has a more conversational and expositional temper though he is careful enough to maintain 'completeness'. Hatcher's Algebraic Topology does something similar. Excursion into Mathematics (Beck, Crowe, and Bleicher) is yet another example from pre-college mathematics.

Personally, I am unsure about my preference. Though the informal tone of Hilbert and Thurston is more inviting in the beginning, one quickly seeks more rigor to reaffirm one's own theoretical understanding of the subject. One should probably work hard on a rigorously presented idea and keep an informal masterpiece as an interlude in ner journey.

This week we hope to see you in classes. We have some beautiful formal and informal adventures in mathematics waiting for you.