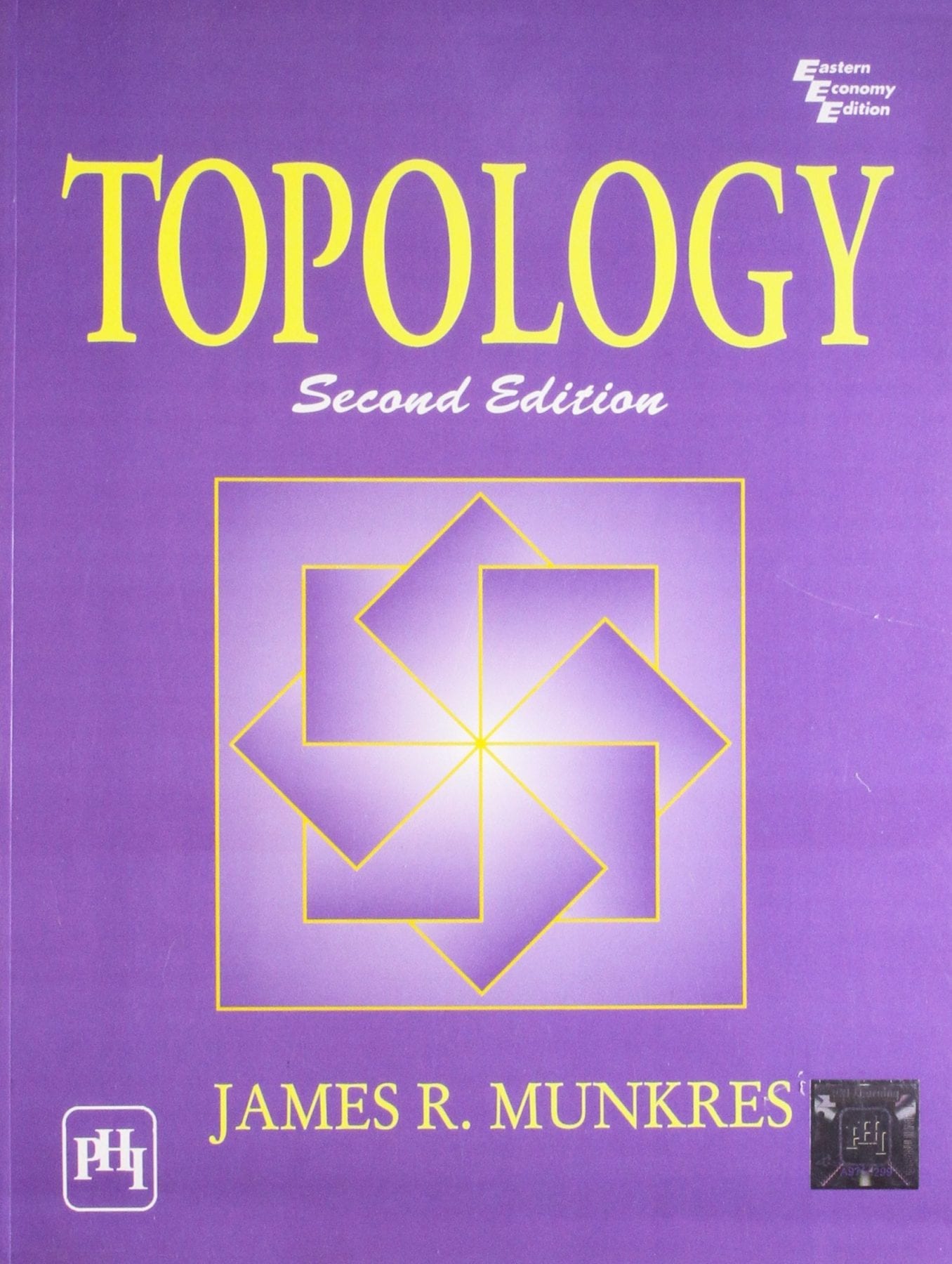 TIFR 2014 Problem 27 Solution is a part of TIFR entrance preparation series. The Tata Institute of Fundamental Research is India's premier institution for advanced research in Mathematics. The Institute runs a graduate programme leading to the award of Ph.D., Integrated M.Sc.-Ph.D. as well as M.Sc. degree in certain subjects.
The image is a front cover of a book named Topology by James.R. Munkres. This book is very useful for the preparation of TIFR Entrance.

(X) is a topological space with infinite cardinality which is homeomorphic to (X \times X). Then

D. none of the above

Next, we will take (X=\mathbb{Z}) to disprove A and B together. But now we will consider a different topology for (\mathbb{Z}). We will consider the indiscrete topology. That is, the only sets which are open in (X) are (X) and the empty set. Note firstly, that since we only have finitely many open sets to start with, (X) is compact. (X) is also connected because the only non-empty set which is both open and closed is (X) itself. We use the same bijection that we know of between (\mathbb{Z}) and (\mathbb{Z}\times \mathbb{Z}). Note that if a map has its co-domain set as an indiscrete space then that map must be continuous. This is because the only open sets are empty and whole set, and their inverse images are empty and the whole domain set respectively which are always open. Also, note that if (X) has the indiscrete topology then so does (X \times X). Because the open sets in (X \times X) are (\phi \times \phi = \phi , \phi \times X = \phi , X \times \phi = \phi, X \times X ). So both the spaces in consideration have indiscrete topology. So the bijection that we have is continuous in both ways. This, therefore, gives the counterexample for A and B.