The central theme of the thousand flowers program is: connected ideas and connected problems. We will illustrate the idea using some examples.

But before we do so, let’s point out the theoretical motivation behind such a program. It is greatly borrowed from the pedagogical experiments of Rabindranath Thakur. (Reference: https://bn.m.wikisource.org/wiki/বিশ্বভারতী). One of his major criticisms of existing pedagogical methods is this (I won’t try to translate this):

Opposing the piggy bank method of education (where there is a teacher who ‘knows’ and a student who ‘does not know’) we want to seek the students’ input to solve problems with their own creativity. We are assuming that the student ‘knows’ and is ‘creative’; that he/she can do stuff. While he/she explores that inner strength, we catalyze the process with some inputs (skills, interesting problems) from time to time.

(Note that this program is run by Cheenta for young students, usually of age 7/8 to 10/11. It is designed as a launching pad for advanced Olympiad programs. Our central goal is to expose the students to rigorous creative problem-solving. This cannot be achieved by simple formula-learning. We must allow young minds to be creative. It takes years of hard work).

(each of the themes presented below may span over 6 to 8 classes (of 90 minutes). They should be punctuated by exercises and software simulations):

As students, we mostly want to be inspired. A closely followed (connected) second would be to get intellectually challenged. A holistic problem-oriented approach to mathematical science (mathematics + computer science + physics and part of natural sciences) may serve both purposes.

Note for teachers: It is useless to lecture for a large span of time. In fact, it is extremely important to throw clever problems every now and then, that puts all the beads of ideas together.

Note for students/parents: The world is not separated by subjects and classrooms. It is important to approach a problem in a holistic manner. This approach, in fact, provides room for creativity and experiments.

We want to create a futuristic program for our children who will grow in a world of artificial intelligence and advanced technologies. If children of today are not allowed to be creative, then they won’t be able to respond to a world where most mundane tasks will be done by machines anyways.

I will add more ideas and themes here. Let me know your opinion in the comments section or at helpdesk@cheenta.com. We are still a development stage for this program. 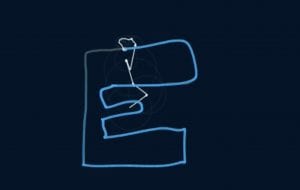