RMO 2018 Tamil Nadu Problem 1 is from Geometry. We present sequential hints for this problem. Do not read all hints at one go. Try it yourself.

Key ideas you will need to solve this problem 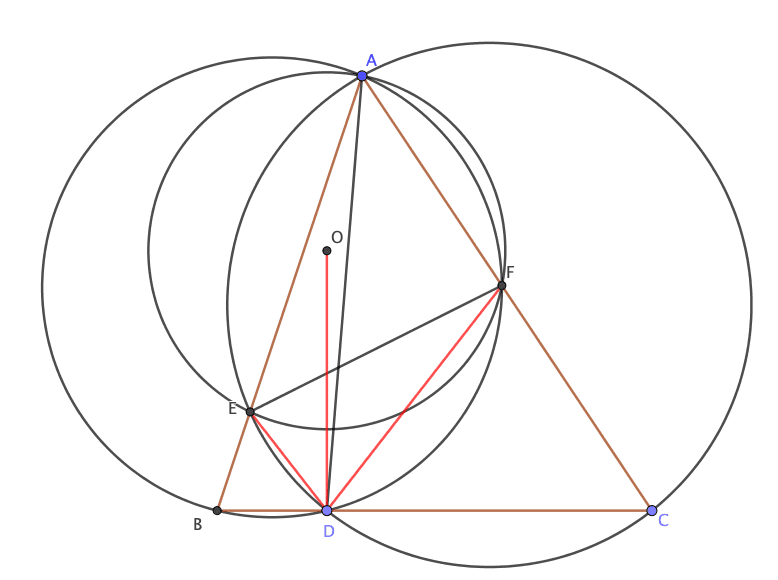 Hint 2: A construction would be nice

Join OE and OF. What kind of quadrilateral is OEDF? (Pause here. Try it yourself.) 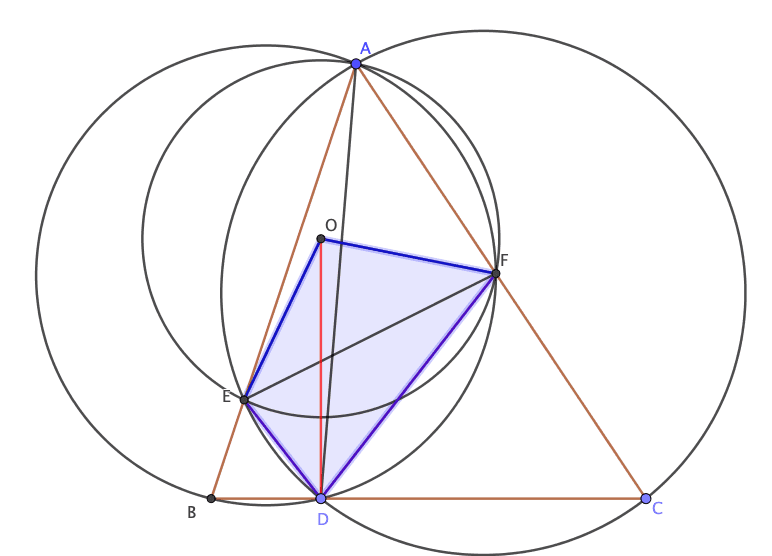 OE = OF because O is the center and E, F are at the circumference of the circle passing through AEF. Therefore both are radii of the same circle.

Since OEDF is cyclic, hence  $\angle OEF = \angle ODF $ (angle subtended by the arc OF at the circumference).