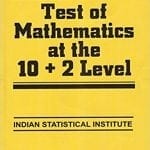 Suppose that one moves along the points (m, n ) in the plane where m and n are integers in such a way that each move is a diagonal step, that is, consists of one unit to the right or left followed by one unit either up or down.

(a) Which point (p, q) can be reached from the origin.

(b) What is the minimum number of moves needed to reach such a point (p, q)?

Therefore both the coordinates are of same parity (that is either both are even or both are odd).

Similarly to reach a point whose both coordinates are odd, say (2j+1, 2l + 1),  we first reach the point (2j, 2l) and then move one more unit diagonally upward.

This same algorithm will work for all the quadrants.

Also if (p, q) is the final coordinate with p > q, we have taken p steps to reach the point. It is not possible to reach the point in less than p steps, because we must cover at least p boxes in at least one direction and in one step exactly one box can be covered.

Therefore we have found the answer: