ABC be any triangle. P is any point inside the triangle ABC. ( PA_1, PB_1, PC_1 ) be the perpendiculars dropped from P on the sides BC, CA and AB respectively. ( A_1 B_1 C_1) constitutes a pedal triangle. 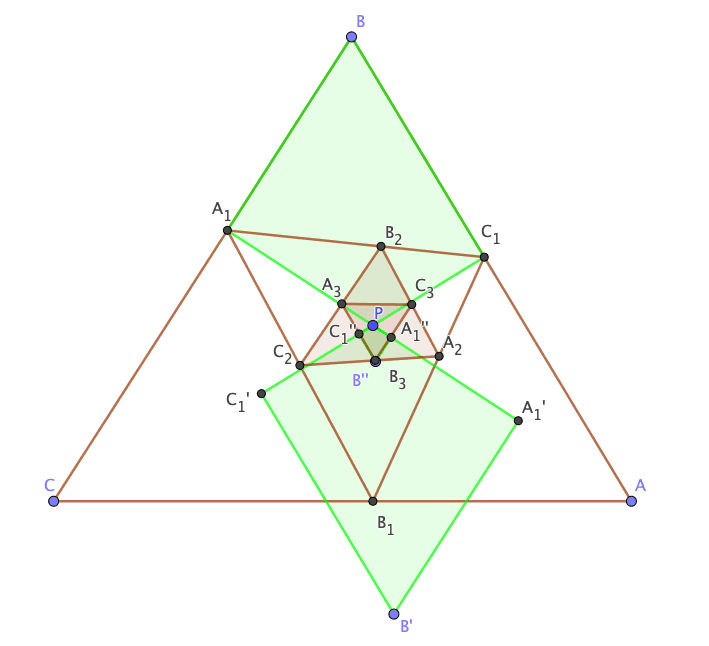 Exercise 2: Normalize by recreating the process in an equilateral triangle.