This problem is from the Test of Mathematics, TOMATO Subjective Problem no. 172 based on the Round Robin tournament.

Problem : Suppose there are

teams playing a round robin tournament; that is, each team plays against all the other teams and no game ends in a draw.Suppose the

Solution : Each team plays exactly one match against each other team.

Since each team plays exactly k-1 matches and no match ends in a draw, hence number of wins plus numbers of loses of a particular team is k-1 (that is the number of matches it has played). In other words 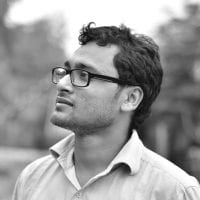