Here are some important notes in Mathematics for March 2017.
Hello friend,

I hope you are doing well.
French mathematician Yves Meyer won the Abel Prize for his work in Wavelet theory. You may read more about his work in the words of celebrated mathematician Terence Tao here: https://terrytao.wordpress.com/2010/08/20/spielman-meyer-nirenberg/
Presently I am reading a cult classic by Hilbert: Geometry and Imagination. In introductory remarks he suggests a generalization of the construction of a circle: something that I describe as an 'ellipse compass'.

In constructing the circle by means of a thread, we had to hook the closed thread around a fixed poinr, the center and keep it stretched while drawing the circle. We obtain a similar curve if we keep the closed thread stretched around two fixed points. This curve is called an ellipse, and the two fixed points are called its foci, The thread construction characterizes the ellipse as the curve with the property that the sum of the distances from two given points to any point on the curve is constant. If the distance between the two points is diminished until the points coicide, we obtain the circle h ellipse rctle as a  limiting case of the ellipse. 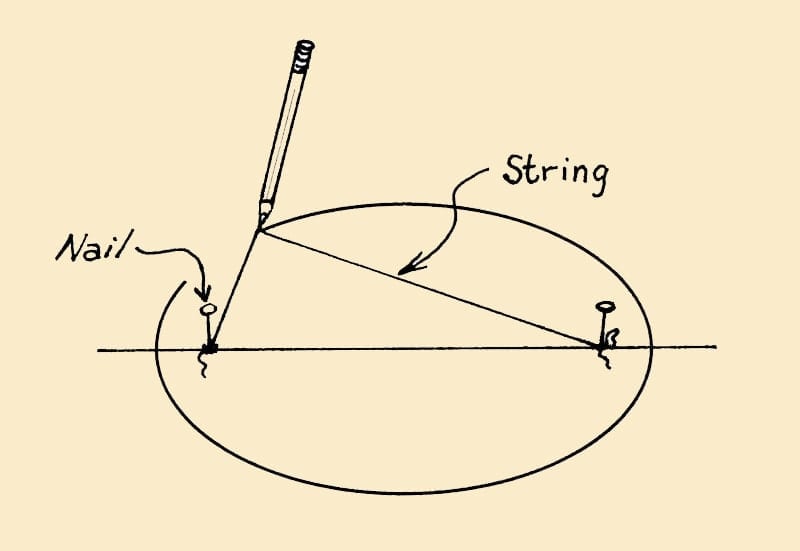 Geometry and imagination go hand in hand. An exponent of this imagination is topology. A beautiful construct from topological consideration is the Borromean ring. It is basically three rings 'knotted' in a manner such that, if one of them was absent, the other two would fall apart. Here is a picture of the Borromean ring : 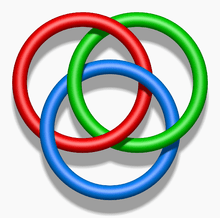 It is easy to construct a Borromean ring, using paper, scissors, and tape. Here is a sample. (Possibly I will upload a short video on this later).

Have fun with mathematics. The International Math Olympiad Training camp and I.S.I. & C.M.I. Entrance is coming up for school goers. For college students, May and June are busy months as well.

All the best to you.