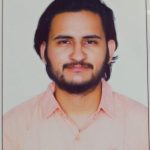 Abhinav Shukla has cleared the IIT JAM Mathematical Statistics (MS) 2021 Entrance Examination with a Score of 51.33 and an All India Rank (AIR) - 32.

He shared with us how he prepared for the IIT JAM MS in an interview with the Cheenta Statistics and Analytics Department. This interview will take you through the preparation journey of Abhinav for IIT JAM MS 2021 and can help you with some insights that you can utilize for your IIT JAM MS preparation.

When did you start preparing for IIT JAM MS?

What did you do in the last 3 months?

What did you do on the last day?

Getting the names in recommendations then trying by myself. Rejected the most common recommendation, VK Kapoor, in this self trying process. Choose others too. It's both ways.

What are the important topics for all the subjects for IIT JAM MS?

What is a good score to get in IIT JAM MS?

Although it depends.
For an easy paper.
Secure Bombay by 62+ and Kanpur by 55+

MCQ(2 marks) > NAT(2 marks) = 30 questions,60 marks.
> NAT(1 marks) > MCQ(1 marks) = 20 questions, 20 marks.
> MSQ(2 marks) = 10 questions,20 marks.
LEARN YOUR OWN WAY IN TEST SERIES.
How did you manage your time during the exam?
The exam was a shock. All the time management, everything was flipped upside down during the exam. I forgot everything. Just keep going was the only thought at that time.
How did you manage your exam preparation alongside your college classes and exams?
Because of covid. Everything was calm.
What are the mistakes you made, that you don't want your juniors to make?
1. Make notes of every single chapter, including good questions in it. It helps during revision. 2. Practice GATE Calculator a lot from mouse (in speed) ( not in a relaxed manner ) 3. Spend a lot of time in the official interface of mock test links uploaded on the JAM website. (2 seconds can make a difference positively or negatively both.)
Anything you want to say to the students?
1. Give your 100% that much is in your hands. Honest and complete efforts are the only thing.
2. Leave at least 2 previous years to give them as a mock in January. Try it to be on the official JAM interface.
3. Previous year's is GOLD.

Probability Crash Course
What you get

Statistics Crash Course
What you get

Mathematics Crash Course
What you get

Early bird Registration is going on