Commutative does not commute in matrices: TIFR 2018 Part A, Problem 11 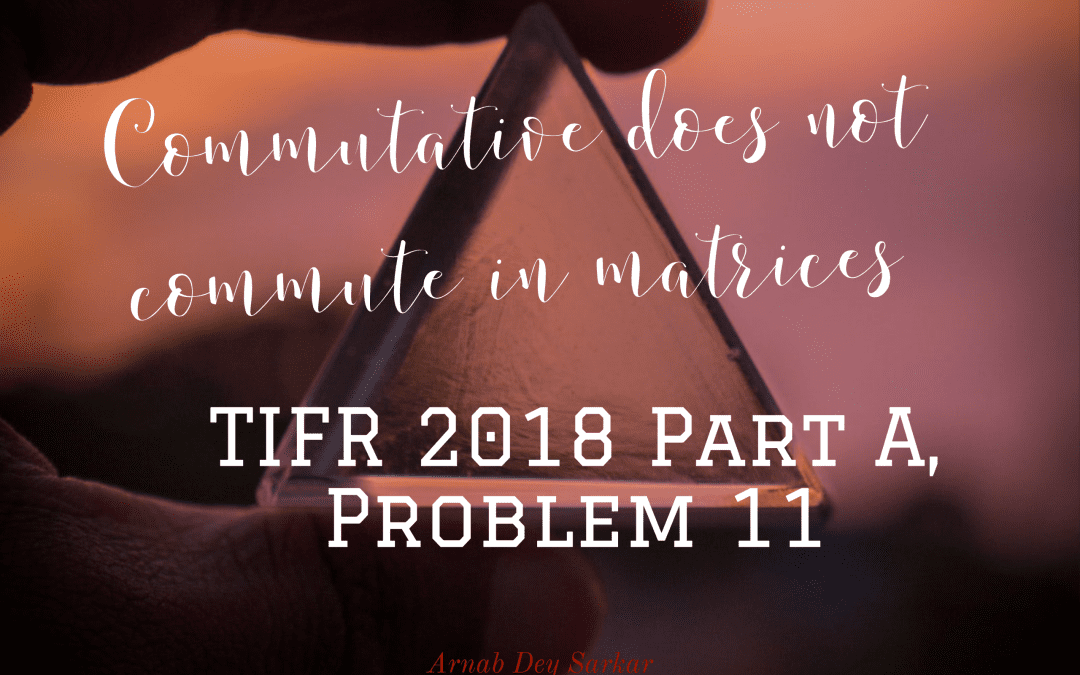 Source of the problem

Do you really need a hint? Try it first!
First we need to get some idea whether or not this may be true or false  . As a result we need to make some calculations. The first step to approach is always to build the expression of AC – CA & then see whether it is zero or not
Given AB = BA   &  BC = CB . Prove the following ! B(AC) = AC(B) & B(CA) = (CA)B and then subtract to get ( AC – CA )B =  B(AC -CA) Now this is not obvious if DB = BD & B being non- scalar matrix then D = 0 is too strong statement to be true  So this gives us idea  that it maybe false . Now to prove it false we need to construct a counter example
We can take approach using beautiful fact of matrices that they are transformation of spaces . Now given they are transformation of spaces and this is sort of abelian character showing up , we seek help from Groups
You know why B is restricted to be non scalar because they form the centre of the \(GL_n\)(F) So we approach it in the following way If we can find a group of 3 x 3 matrices with non trivial centre . If we search for centre of groups then the only example available to us is Heisenberg Group In mathematics, the Heisenberg group

, named after Werner Heisenberg, is the group of 3×3 upper triangular matrices of the form 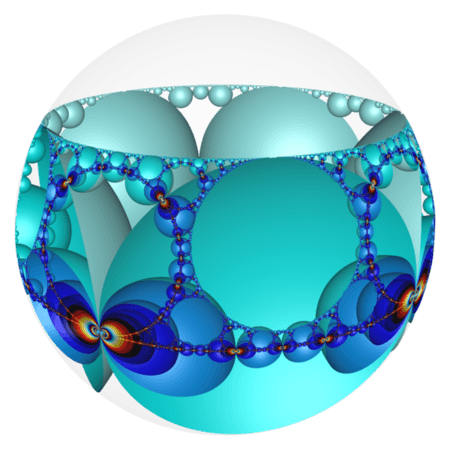 The higher mathematics program caters to advanced college and university students. It is useful for I.S.I. M.Math Entrance, GRE Math Subject Test, TIFR Ph.D. Entrance, I.I.T. JAM. The program is problem driven. We work with candidates who have a deep love for mathematics. This program is also useful for adults continuing who wish to rediscover the world of mathematics.

This is an application abstract algebra question that appeared in IIT JAM 2018. The concept required is the cyclic groups , subgroups and proper subgroups.

This is an application analysis question that appeared in IIT JAM 2018. The concept required is the multivarible calculus and vector analysis.

What are we learning?Gradient is one of the key concepts of vector calculus. We will use this problem from IIT JAM 2018 will use these ideasUnderstand the problemThe tangent plane to the surface $latex z= \sqrt{x^2+3y^2}$ at (1,1,2) is given by \(x-3y+z=0\)...
Read More

An excursion in Linear Algebra

Open Seminar on linear algebra. A review of all major ideas. Even if you have little or no knowledge about Linear Algebra, you may join. Register now.